Baseball and technology have always made for wary partners.

For a five-year span in the 1930s, as radio became more popular, all three New York teams — the Yankees, Giants and Dodgers — banned live play-by-play of their games because they feared the new medium would reduce attendance. When the Chicago Cubs added lights to Wrigley Field in 1988, allowing them to walk away from generations of games played exclusively during the day, fans were up in arms. When electronic calls of balls and strikes were proposed, it was the umpires’ turn to complain.

Other sports may change, but baseball, by and large, has made a business of staying the same.

With the installation of limited instant replay in 2008, and with replay’s expansion in 2014, the game tentatively stepped into the Digital Age. But adding cameras in every ballpark and video monitors in every clubhouse opened the door to an unintended consequence: electronic cheating.

The 2017 Houston Astros brazenly stepped through that door, developing an elaborate sign-stealing system that helped them win a World Series. Two years later, when that system was revealed to the public, it resulted in firings, suspensions and, ultimately, the permanent tarnishing of a championship.

Nothing spurs action in baseball faster than a scandal — the commissioner’s office was created, after all, as baseball dealt with 1919 Black Sox scandal. This season, Major League Baseball took a big leap forward in distancing itself from the stain of sign stealing with the introduction of PitchCom, a device controlled by a catcher that allows him to wordlessly communicate with the pitcher about what pitch is coming — information that is simultaneously shared with as many as three other players on the field through earpieces in the bands of their caps.

The Houston Astros were hailed as a burgeoning dynasty when they won the 2017 World Series, with stars like Alex Bregman, Jose Altuve and Carlos Correa. Revelations of their rampant sign stealing have tarnished that championship.Credit…Bob Levey/Getty Images

The idea is simple enough: If baseball can eliminate old-fashioned pitch-calling, in which the catcher flashes signs to the pitcher with his fingers, it will be harder for other teams to steal those signs. There have been a few hiccups, with devices not operating, or pitchers not being able to hear, but so far this season, everyone in baseball seems to agree that PitchCom, like it or not, is working.

Carlos Correa, a shortstop for the Minnesota Twins who has long served as the unofficial, and unapologetic, spokesman of those 2017 Astros, went as far as saying that the tool would have foiled his old team’s systemic cheating.

“I think so,” Correa said. “Because there are no signs now.”

Yet not all pitchers are on board.

Max Scherzer, the ace of the New York Mets and baseball’s highest-paid player this season, sampled PitchCom for the first time late last month in a game against the Yankees and emerged with conflicting thoughts.

“It works,” he said. “Does it help? Yes. But I also think it should be illegal.”

Scherzer went so far as to suggest that the game would be losing something by eliminating sign stealing.

“It’s part of baseball, trying to crack someone’s signs,” Scherzer said. “Does it have its desired intent that it cleans up the game a little bit?” he said of PitchCom. “Yes. But I also feel like it takes away part of the game.” 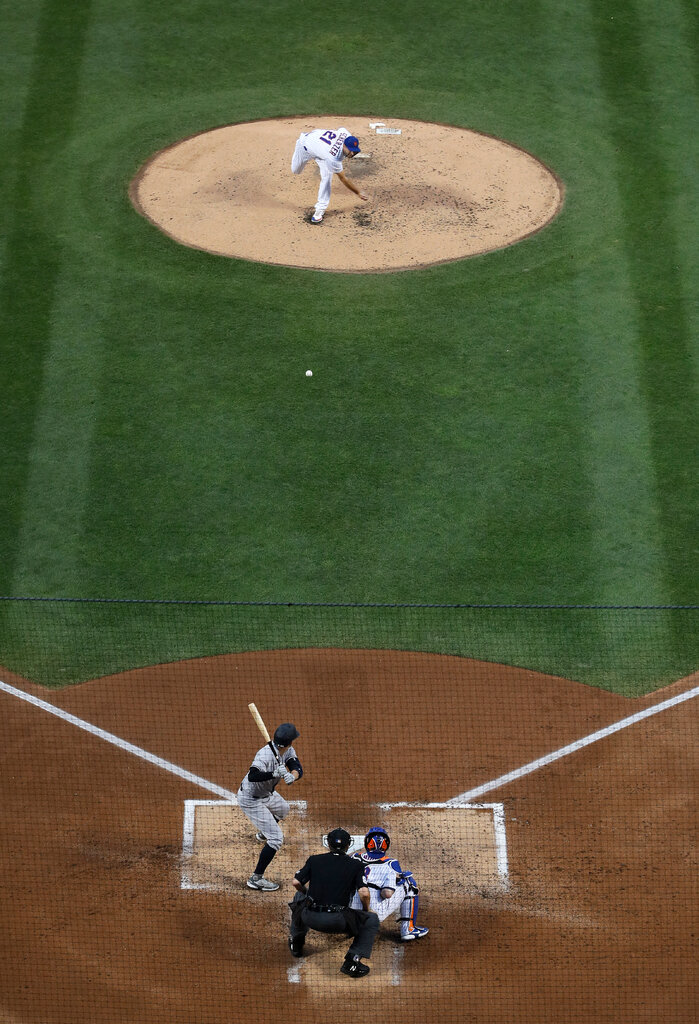 ‘Does it help? Yes. But I also think it should be illegal.’

Max Scherzer discussing PitchCom after using it for the first time in a start against the Yankees last month.

Scherzer’s comments elicited a mixed reaction from his peers. Seattle reliever Paul Sewald called them “a little naïve” and “a bit hypocritical.” The Minnesota starter Sonny Gray said he agreed with Scherzer in theory, “but my rebuttal would be when you’re doing sign-sequences when a runner is on second base, you have teams who have it on video and break it down as the game goes on.”

Continuing his skepticism, Sewald said of Scherzer: “I have a very good feeling that he’s been on a team or two that steals signs.”

Whether true or not, Sewald’s suggestion was representative of what many in the game generally believe: Multiple managers say there are clubs who use a dozen or more staff members to study video and swipe signs. Because it is done in secrecy, there also is a leaguewide paranoia that has developed, with even the innocent now presumed guilty.

“I think we’re all aware of that,” Colorado Manager Bud Black said. “We’re aware that there are front offices who have more manpower than others.”

The belief that sign stealing is rampant has led to widespread use of PitchCom, perhaps faster than many imagined. And that is welcome news to Major League Baseball’s top executives.

“It’s optional, and probably the best evidence is that all 30 clubs are using it now,” said Morgan Sword, M.L.B.’s executive vice president for baseball operations. “It eliminates a significant issue for the game in sign stealing. But, secondly, it has actually sped the game up a little bit. Without the need to run through multiple sets of signs with runners on base, the pace has improved.”

So the question becomes, what is lost to achieve those gains? 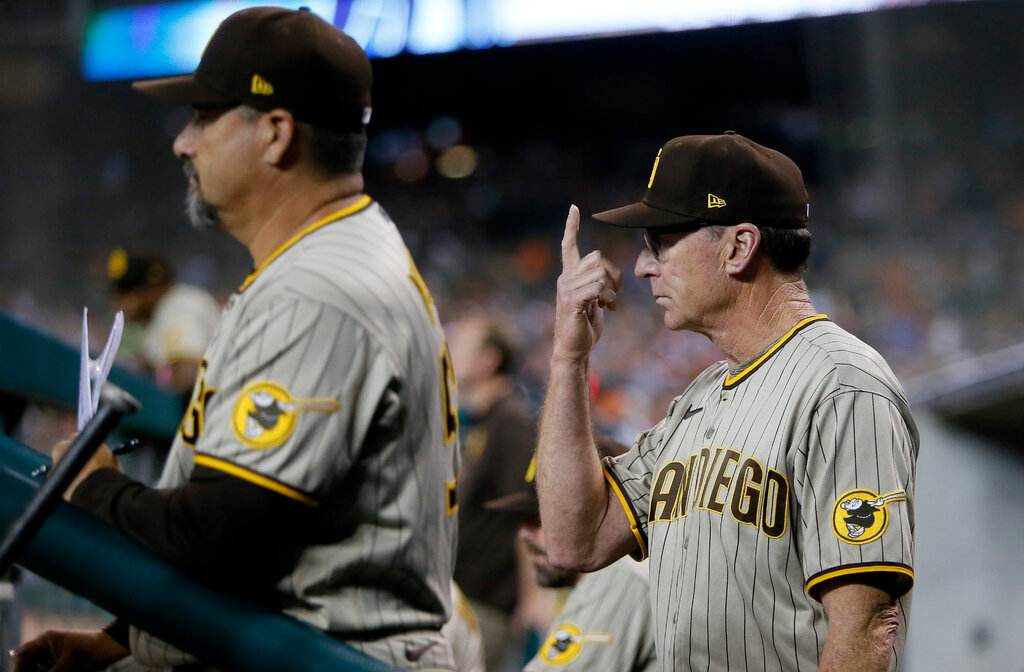 ‘It’s when you’re using people who aren’t playing the game to gain an advantage, for me, at least personally, I have a problem with that.’

While code breaking is as old as sport itself, the intrusion of tech into what for more than a century had been a languid, pastoral game has precipitated an intense culture clash. Sign stealing has always been accepted by those who play, as long as it is committed by someone on the field. But hackles are immediately raised — and the unwritten (and now written) rules of the game are broken — when technology is used as an aid in real time.

Drawing clear lines is important in an era where computer programs are so sophisticated that algorithms can reveal whether a pitcher is about to throw a fastball or a slider simply by the way he is holding his glove.

“It’s when you’re using people who aren’t playing the game to gain an advantage, for me, at least personally, I have a problem with that,” San Diego Manager Bob Melvin said.

Most agree there is a fine line between technology improving the current product and, ultimately, changing its integrity. Getting them to agree on where exactly that line sits is drawn is a different matter.

“I wish there was no video technology or anything,” Yankees second baseman D.J. LeMahieu said.

Sword says that PitchCom was an example of technology’s ability to “produce a version of baseball that looks more like it looked a couple of decades ago” because it “neutralizes a recent threat.”

“I think it’s just the way the world is going,” Black said. “And we’re part of the world.”

PitchCom’s biggest hiccups have been the occasional receiver failure and some pitchers struggling to hear. M.L.B. says most of the issues are the result of “user error.”Credit…Mary Schwalm/Associated Press

And more tech is coming. On deck is a pitch clock that is being tested in the minor leagues that, according to Sword, has been “extremely promising” in achieving its intended goal: shortening games. It is expected to be implemented in the majors soon, and pitchers will have to deliver a pitch within a set amount of time — at Class AAA, a pitch must be thrown within 14 seconds when nobody is on base and within 19 seconds when a runner is aboard.

Generally speaking, pitchers are less enthusiastic about pitch clocks than they are about PitchCom.

“Ninety percent of baseball is the anticipation that something really cool is about to happen, and you have flashes of really cool things happening,” said Daniel Bard, the closer of the Colorado Rockies. “But you don’t know when they’re about to come, you don’t know on which pitch it’s happening. Especially in the ninth inning of a close game, with everyone on the edge of their seat, you want to rush through that? There’s a lot of good things in life that you don’t want to rush through. You enjoy. You savor. To me, one is the end of a ballgame.”

The most radical change, though, might be the Automated Strike Zone — robot umpires, in common parlance. Commissioner Rob Manfred said earlier this summer that he hoped to have such a system in place by 2024. Automated calls are anathema to umpires, who feel it infringes on their judgment, and to catchers who specialize in pitch framing — the art of receiving a pitch and displaying it as if it was in the strike zone, even if it wasn’t.

Catchers like Jose Trevino have embraced the use of PitchCom. But Trevino, a first-time All-Star for the Yankees this season, believes technology in the game has its limits.Credit…Desiree Rios/The New York Times
Radar devices that can judge an automated strike zone have been in use for multiple years in some of the minor leagues. M.L.B. hopes to incorporate the technology.Credit…Julio Cortez/Associated Press

“I don’t think that should happen,” said Yankees catcher Jose Trevino, perhaps the game’s finest pitch-framer. “There’s a lot of guys who have gone through this game and a lot of guys from the past that have made a living off of catching, being a good game-caller, being a good defensive catcher.”

With the so-called robot umpires, Trevino said, a skill so many catchers have worked so hard to master will become useless.

“You’re just going to be back there blocking and throwing and calling the game,” he said, adding that it could affect the financial earning power of some catchers.

But that argument is for another day. PitchCom is this year’s new toy and, beyond the obvious, it is smoothing things in unexpected areas. It can be programmed for any language, so it bridges barriers between pitchers and catchers. And, as Bard said: “My eyes aren’t great. I can glare at the signs, but it just makes it easier to just put the sign right in my ear.”

Opinions will always vary, but the one thing everyone agrees on is that the tech invasion will continue.

“It will keep going,” Correa said. “Pretty soon, we will have robots playing shortstop.”

How This Economic Moment Rewrites the Rules