The Labor Day weekend has long been promoted by the alcohol industry as summer’s last great drinking opportunity. But a proposed set of guidelines issued earlier this week might offset some of the effects of that one-more-party-in-the-sun advertising blitz. 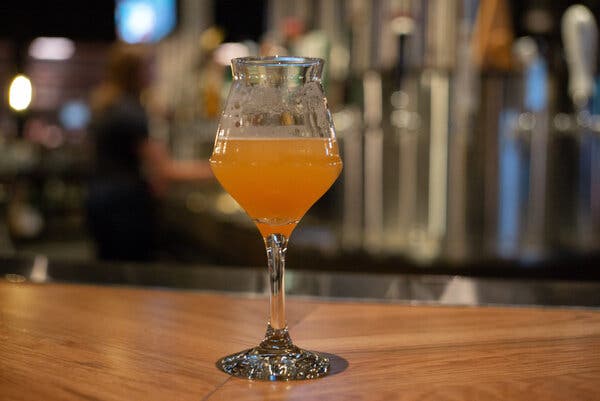 After 11 years, Canada’s low-risk alcohol drinking guidelines are being revised along lines that might give long weekend drinkers pause.

The proposal from the Canadian Centre on Substance Use and Addiction follows two years of research. Catherine Paradis, its interim associate director of research, told me that it produced two clear findings: “Alcohol is not good for your health and for those who consume alcohol, drinking less is better.”

The proposed update takes a slightly different approach by laying out the risks involved with various levels of drinking. For minimal to low risk, the researchers concluded that men and women shouldn’t exceed two drinks per week. The risk rises to moderate for people who have between three and six drinks a week. Every drink over six a week causes a dramatic escalation in risk.

Regardless of the weekly total, the guidelines suggest that no one should have more than two drinks a day.

“For some people this new guidance on alcohol and health will come as a surprise,” Dr. Paradis said, adding that the researchers found no evidence to support the belief that moderate amounts of red wine are good for health. “Studies have shown that even small amounts of alcohol can increase a person’s risk of cardiovascular disease.”

The group’s research also found that about half of Canadians are not aware of the link between alcohol and several types of cancer. Plus, she said, they greatly overestimate the size of a standard drink. One beer, for example, is defined as a 341-milliliter bottle or can with 5 percent alcohol content. But the rise of craft breweries has increased the presence of 500-millimeter cans, and many beers have substantially higher alcohol levels than 5 percent.

To get around both issues, the updated guidelines propose that all alcohol containers carry labels with a health warning, nutritional information and a label that indicates how many standard drinks are within the container.

Health warning labels can already be found on alcohol sold in other places, including California. And in calling for their widespread introduction earlier this year, the World Health Organization cited evidence showing that there were health benefits from an experiment that placed warnings on bottles and cans in Yukon.

I reported on that experiment at the time, which came to an abrupt end after several alcohol industry lobbying groups challenged both the research study and the legality of the territorial government’s participation. While no legal actions were launched, the government ended the project, fearing that it would become ensnared in financially ruinous litigation.

I contacted the major national lobby groups for the beer, wine and sprits industries about the latest proposal and the new guidelines.

In a statement, Wine Growers Canada said it was neither for nor against the new guidelines and that a special website the trade group had created contained the information people needed to moderate their wine drinking. It added: “The revised guidance needs to be effectively communicated and easy to apply or Canadians will ignore it.”

Beer Canada, in a statement, said it believed the alcohol content now shown on bottles and cans was sufficient. It noted that the proposed Canadian drinking guidelines “would be a material departure” from both Canada’s current guidance and recommendations from the United States government.

The group that represents large distilleries did not get back to me.

As for Canadians who drink more than the proposed new limits, Dr. Paradis had a suggestion. At dinner, she said, substitute a no- or low-alcohol beer or a nonalcoholic drink for a cocktail, and save your two drinks for wine with dinner.

“These are very easy changes that most people can integrate into their daily life,” she said.

Ruins in Lytton, British Columbia, created by the wildfire that burned up the town a year ago.Credit…Melissa Renwick for The New York Times

A native of Windsor, Ontario, Ian Austen was educated in Toronto, lives in Ottawa and has reported about Canada for The New York Times for the past 16 years. Follow him on Twitter at @ianrausten.

How are we doing?
We’re eager to have your thoughts about this newsletter and events in Canada in general. Please send them to nytcanada@nytimes.com.

Like this email?
Forward it to your friends, and let them know they can sign up here.

Lawsuits Over Tragedies Can Drag On. Not in the Florida Condo Collapse.

They Have Debt but No Degree. Could Loan Forgiveness Send Them Back to School?