LOS ANGELES — When Seattle Mariners third baseman Eugenio Suárez misses a ground ball, he shoves his face into his glove and has a few choice words for his leather companion.

Yes, Suárez talks to his glove. It doesn’t have a name, but he admitted it is like a person to him. “It’s there with me and helps me give my best on the field,” he said. And as a result, he goes out of his way to make sure his buddy is comfortable.

Suárez, 31, doesn’t put it on the ground, preferring to rest it on a bench or rack. In his locker, he said it always has its own shelf. In his travel duffel bag, it has a case and its own space. But what if a teammate wants to touch it?

Baseball players are a quirky and superstitious bunch. The Major League Baseball season is arduously long: 162 regular-season games over six months, not including six weeks of spring training and a month of the playoffs if a team reaches the World Series. So players naturally develop routines to add some semblance of order. And when they are successful on the field, habits tend to stick — even if the difference exists only in their heads. 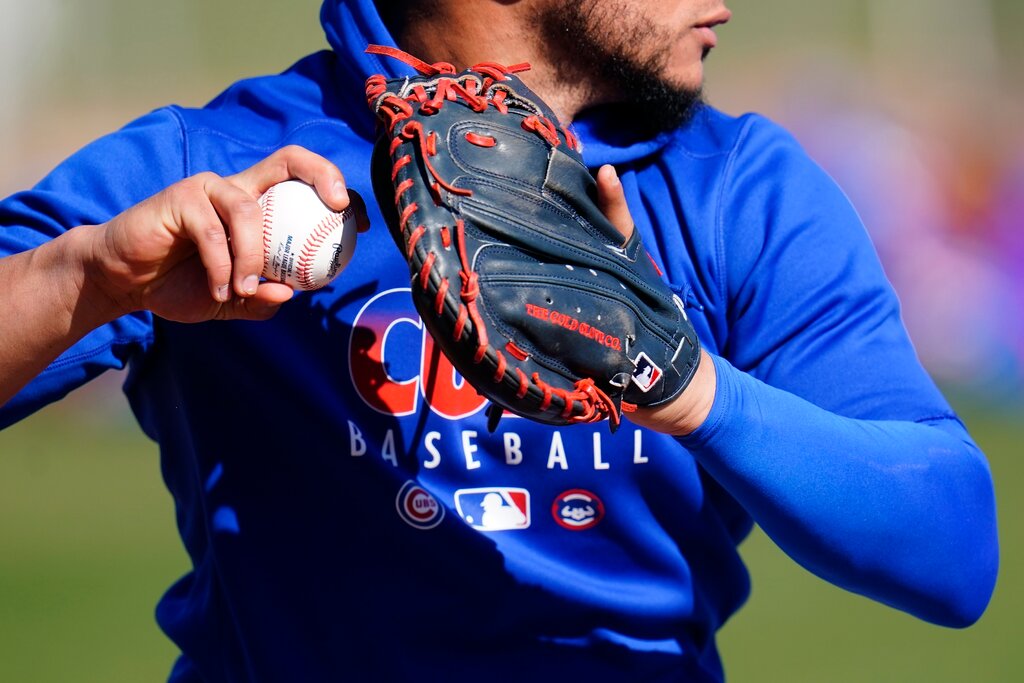 ‘I care for it as if it were my wife. It’s my baby. It’s the most precious thing I have in my locker.’

So Suárez, in his ninth major-league season, is not unlike many other baseball players who have, we’ll say, special relationships with their gloves.

“I care for it as if it were my wife,” Willson Contreras, an All-Star catcher for the Chicago Cubs, said with a smile. “It’s my baby. It’s the most precious thing I have in my locker.”

Santiago Espinal, an All-Star second baseman for the Toronto Blue Jays, also sees his glove as family: “It’s like my son. There are even times I sleep with my glove. When I buy a new glove, I sleep with it.” (Technically, he clarified, the glove sleeps on his night stand.)

As a catcher, it makes sense for Contreras, 30, to have deep feelings about his mitt. But the elements (heat, dryness, humidity) and pitchers’ throwing harder than ever (the average four-seam fastball was 93.9 miles per hour this season) quickly wear down and rip Contreras’s most essential tool. He does his best to pamper it so it can make it through the season, and then he donates the glove at the end of the year.

“If I could use the glove for more than a year, I would,” he said. “But I do have to change them.”

The same is true for Yadier Molina, the St. Louis Cardinals catcher who has won nine Gold Glove Awards throughout his 19-season career and plans to retire after the 2022 campaign. Molina said he cleaned his glove frequently but he still had to introduce a new one each year. His teammate, shortstop Paul DeJong, said he learned how to tend to his 5-year-old glove with a leather spray nearly every day in part by watching Molina do it. 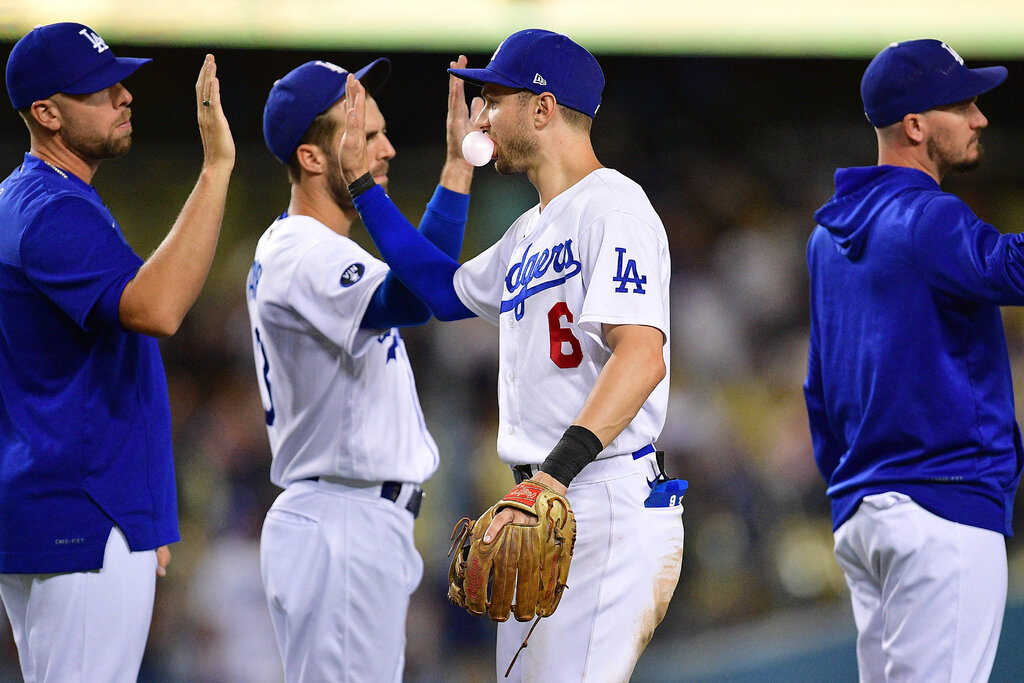 ‘I’ve had to take care of the glove more this year, and it’s starting to get little holes in there. I’m trying to find Band-Aids for it. I’m trying to keep it alive as long as I can.’

Some players are so attached to their gloves that they will do anything to keep them in action. Trea Turner, the All-Star shortstop of the Los Angeles Dodgers, begrudgingly admitted that this is the first season that his leather pal, which he has been using for at least four seasons, has started to look “old.” He then corrected himself, “It’s actually not that bad.”

“I think it’s the West Coast since it’s a little drier,” said Turner, 29, who spent parts of seven seasons with the Washington Nationals before he was traded to the Dodgers during the 2021 season.

“Because on the East Coast,” he continued, “that humidity keeps the moisture in the glove. So I’ve had to take care of the glove more this year, and it’s starting to get little holes in there. I’m trying to find Band-Aids for it. I’m trying to keep it alive as long as I can.”

Turner plans to retire it, though, before it reaches the levels of a former teammate’s. Jordy Mercer, an infielder who was also on the 2021 Nationals, used a glove that was over 10 years old, was held together by stitches and looked like it belonged in a museum rather than on a field.

“It was pretty gross,” Turner said. “I’m going to have to get a new glove before then. I don’t really like how his felt so I’m trying to keep mine alive.” 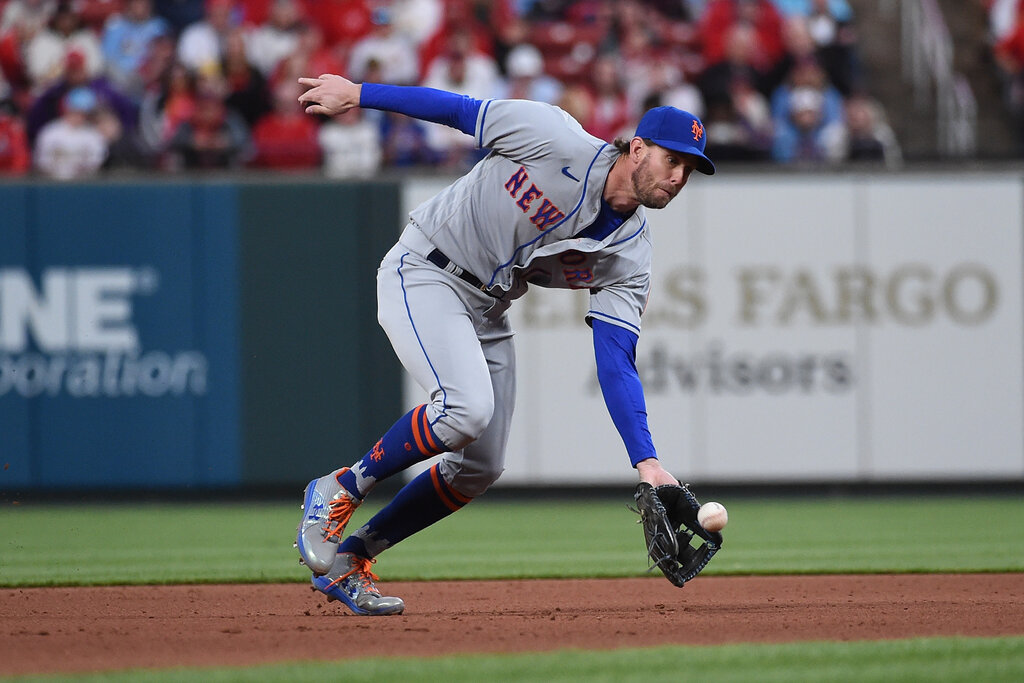 Jeff McNeil, the All-Star second baseman of the Mets, disagrees that gloves have expiration dates. He has used the same glove since 2013, the year he was drafted in the 12th round by the Mets. He originally had two, but he retired one after his first season and framed it. The second is still going.

“It’s flimsy, and it’s not the best. But it works for me,” said McNeil, 30, who reached the major leagues in 2018. “It’s broken in perfect. Once an infielder gets that glove, they use it for a long time.”

McNeil said a ball once found its way through the loose webbing on his tattered glove so he had it restrung. He also once had it “fixed up completely” by a professional, but holes remain. “It’s my baby,” he added.

Despite all that affection, McNeil isn’t perfect. When he makes an error, he admitted — with a chuckle — he has found occasion to throw his glove to the ground. And he has secretly been forming a new relationship behind his glove’s back.

“I’m working on breaking in another one right now,” he said, “and it’ll probably be ready in two years.” 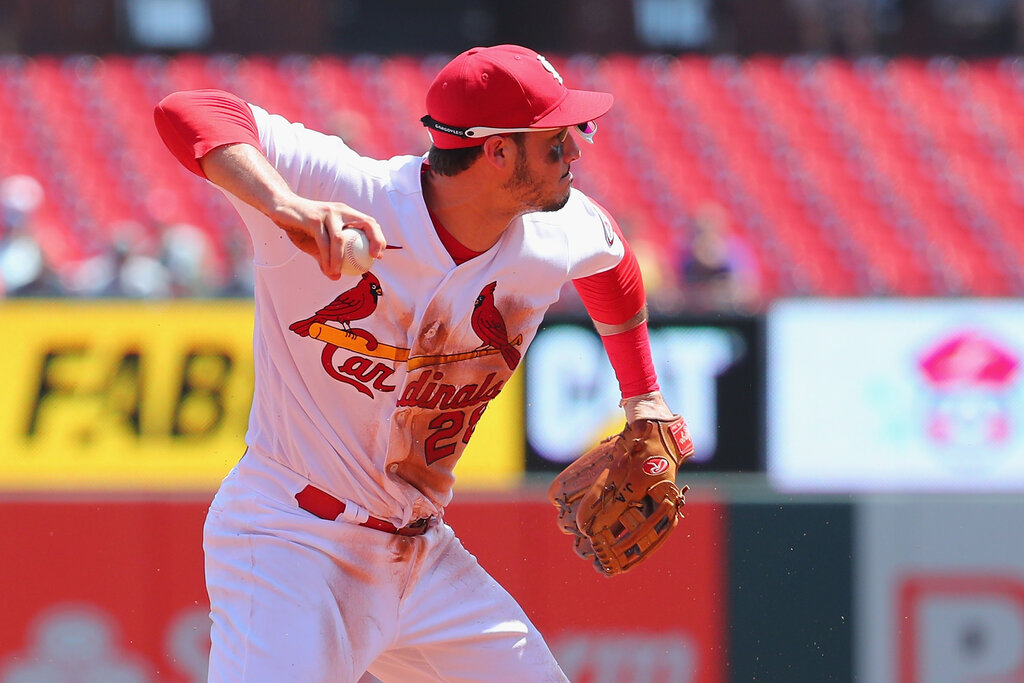 Nolan Arenado, the Cardinals third baseman who has won the Platinum Glove Award as the best overall fielder in the National League five times, has the same red line.

“A big no-no,” said Arenado, 31, who is on his second season with his current glove. “If someone wants to feel my glove, yeah, go ahead. If you try to put your hand in it, I’ll be like, ‘No, man, don’t be doing that.’ I stop them before they do it. It’s not that their hand is bigger or smaller than mine. I just don’t want anyone putting their hand in my glove.”

There are some who find the rules about other players and gloves to be a tad extreme. 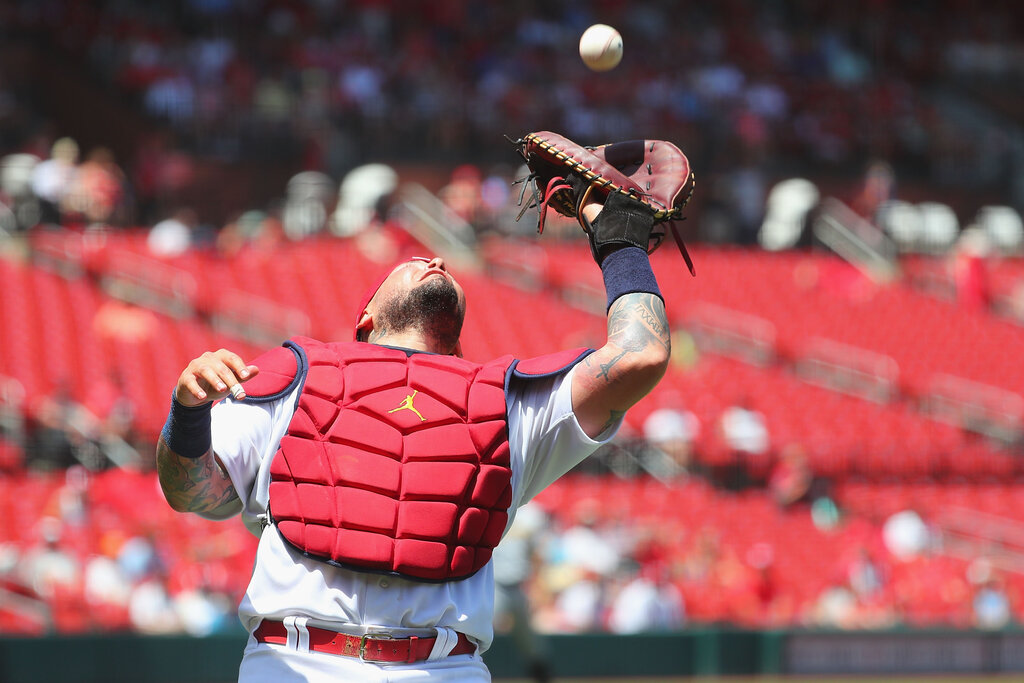 “Some guys are crazy about that, like they won’t let you put your hand in it or barely even touch it,” said Mariners shortstop J.P. Crawford, who won a Gold Glove Award in 2020 and normally uses a new glove each season. “That’s a little too much.”

Some players — outfielders and pitchers — didn’t worry at all about their leather. “I’m a pitcher so I don’t care, and I’m not that good of a fielding pitcher,” said Mariners reliever Paul Sewald. Asked about his habits, Aaron Judge, the Yankees’ superstar outfielder, didn’t even know where his glove was in his locker at that moment.

“If I played infield, that’s where I’d probably be a little superstitious with it,” he said. “You’re taking grounders, and you got to have a certain feel for it. It’s a different relationship. In the outfield, it’s just like, ‘Make the catch. Come on, buddy.’”

Even though he is an infielder, the Minnesota Twins All-Star Luis Arraez said he didn’t concern himself much with his gloves, tossing them on the floor and letting them get a little damp. He said he would clean them and talk to them on occasion, saying, “Behave, we’re going to play well today.”

Arraez reserves his extra attention, though, for his bats. “My babies,” he said. He sometimes sleeps with a smaller bat he uses for his pregame practice next to his bed.

On TikTok, Election Misinformation Thrives Ahead of Midterms