One of the most powerful storms of the year made landfall in South Korea early Tuesday, sparing the country of the brunt of its destructive force yet still leaving it reeling from severe, if isolated, flooding and damage.

Typhoon Hinnamnor swept past the peninsula’s southeastern corner, causing at least three deaths, sparking a fire at a steel plant and leaving tens of thousands without power. It was the second major storm to batter the country in recent weeks, after the heaviest downpour in decades led to deaths and widespread destruction in August.

The storm formed last week and snaked across East Asia, its eye gaining speed as it traveled across the northwest Pacific. It brought as much as 37 inches of rain to parts of Jeju Island, a popular vacation spot off the country’s southern coast. The worst of the flooding appeared to hit the city of Pohang, a port city and steel manufacturing base in the southeast.

Here are some scenes of South Korea taking stock of the impact left in Typhoon Hinnamnor’s wake.

A survivor being pulled from a flooded underground parking lot in Pohang on Tuesday. 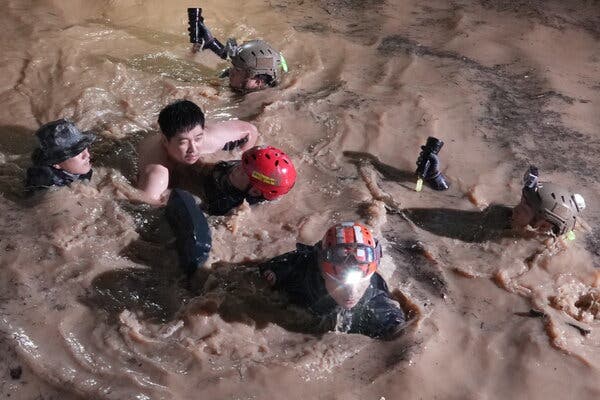 The same parking lot before rescuer workers pulled out a survivor.

Cleaning in Pohang after the typhoon. 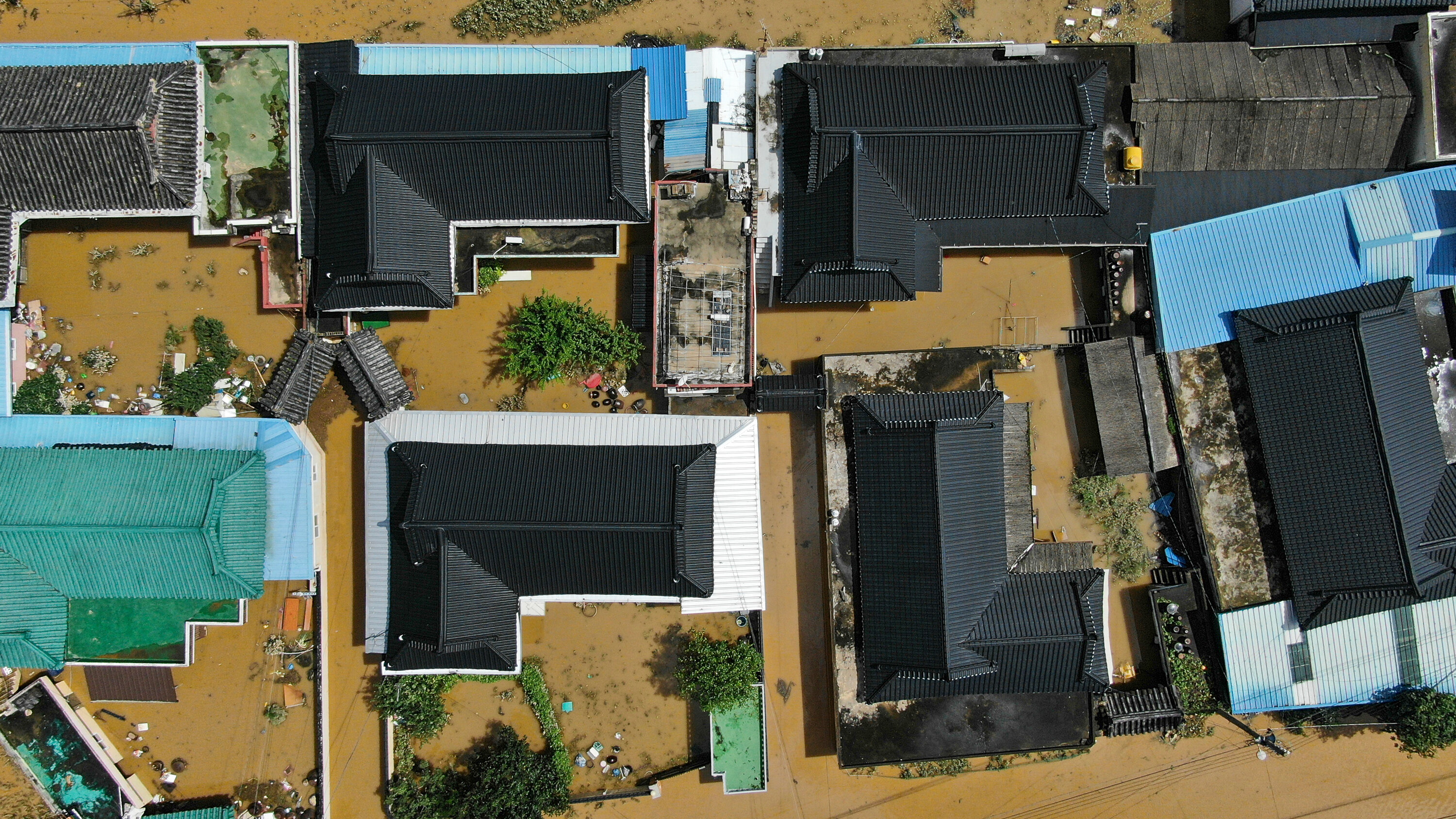 Residents in Gyeongju city trying to salvage their belongings.

A dog took refuge on a roof in Seondu village, Gyeongju city. 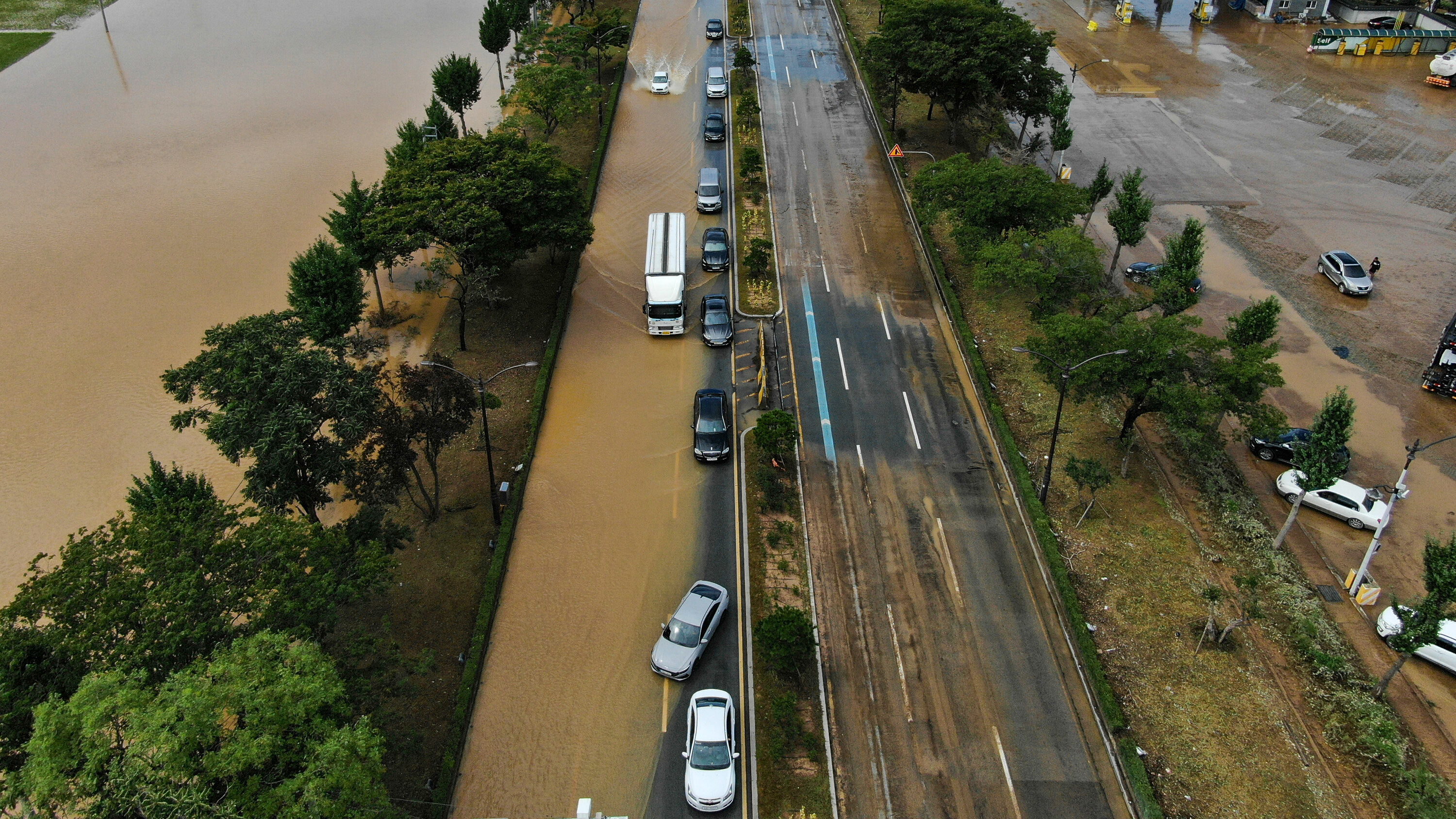 Typhoon Hinnamnor made landfall in South Korea, bringing record winds and dumping as much as 24 inches of rain on some parts of the country.CreditCredit…Chang W. Lee/The New York Times

Destroyed cars in Pohang after the typhoon on Tuesday.

Busan was battered by the typhoon.

Choe Jun and his wife cleaning up their restaurant by the shore in Busan, after the typhoon passed through.

Businesses at Taehwa Market in Ulsan stacking sandbags in preparation for the typhoon on Monday.

A boat that was moved away from the shore in Busan in preparation for Typhoon Hinnamnor.

The sea in Busan early on Tuesday.

A New Bid to Crack the Code on Gun Violence

Will Return to Office Get Serious in September?