In the town of Fairfield, Conn., nearly 2,400 residents have signed a petition opposing a project proposed for downtown that could bring 19 units of affordable housing.

In nearby New Canaan, homeowners have raised about $84,000 for a legal fund to fight a proposed apartment complex downtown on Weed Street that would include 31 rent-restricted units for households with moderate incomes.

And in Greenwich, a developer recently withdrew an application to build a project that would include 58 apartments priced below market rate, after residents living in nearby luxury condominiums objected and said the buildings that would be demolished were historically significant.

Throughout Fairfield County, Conn., local residents and elected officials are seeking to block large housing projects that include units affordable to low- and moderate-income households, warning that the increased density could change the character of their towns. The 32-year-old law that enables such projects has always generated some pushback, but the opposition has grown more fierce as the number of proposals has increased in recent years.

In Greenwich, Conn., residents objected to plans to tear down some homes in a historic district, a challenge that threatened to turn into a lengthy legal battle. The developer withdrew an application to build the project.Credit…Jane Beiles for The New York Times

The fervent campaigns against housing applications reflect a battle that has engulfed the state, town by town. Last week, a group led by the Open Communities Alliance announced that it would file a civil rights lawsuit against the town of Woodbridge, saying that the town’s zoning regulations, which sharply restrict multifamily housing, violated the state Fair Housing Act, state zoning laws and the state Constitution.

The restrictive zoning “disparately harms Black and Latino households, and deepens economic and racial segregation in the area,” said Erin Boggs, the alliance’s executive director, in a statement.

The suit will be closely watched by towns around Connecticut, especially in Fairfield County, a hotbed of backlash to the law known as Section 8-30g, which was intended to help reverse decades of housing discrimination and segregation, much of it accomplished through restrictive zoning. The statute allows developers to exceed local restrictions on density if they include units priced below market rate.

“Right now, it is the political hot button in Fairfield County,” said Arnold Karp, the president of Karp Associates, the developer of the proposed Weed Street complex in New Canaan.

Developers have a special right of appeal if a town rejects a proposal in which at least 30 percent of the units are made affordable to households earning 60 to 80 percent of state or area median income (whichever is less). For example, a two-person household earning roughly $54,000 to $72,000 annually would qualify in Fairfield.

A town must justify a rejection by proving that it is necessary to protect public health, safety, wetlands or certain other matters.

Many more developers are taking advantage of the law because soaring rents have made it more economically feasible for them to cover the cost of complexes, even with nearly a third of apartments below market rate.

For example, Greenwich has received 11 housing applications citing the law in the last few years, after having received only seven in the preceding 30 years, said Katie DeLuca, the director of planning and zoning.

“We can build both market-rate and affordable housing with no government funds or tax incentives required. The density allows the math to work,” said Peter Cabrera, the vice president of acquisitions and development for Eagle Ventures, the developer that pulled its application in Greenwich.

Some local Republicans are calling for the law to be repealed.

Fred Camillo, a first selectman in Greenwich and a Republican, argues that towns, not the state, should decide whether and where they want more housing. “These applications have the very real potential to change the look and feel of our town,” he said. “It’s a one-size-fits-all mandate coming down from Hartford.”

Fred Camillo, a first selectman in Greenwich, says towns, not the state, should decide whether and where they want more housing.Credit…Jane Beiles for The New York Times

That sort of suburban antipathy to density has contributed to a severe housing shortage in Connecticut, especially at the low- to moderate-income range, said Kiley Gosselin, the executive director of the Partnership for Strong Communities, an affordable housing advocacy organization.

“In Connecticut there’s always been a sense that, we want to keep our towns looking a certain way and avoid most types of density,” she said. “That’s resulted in large house lot sizes and less and less multifamily housing starts.”

In New Canaan, where residents have raised money for a legal fund to fight the apartment building proposal, signs reading “Save Weed Street” are displayed on the front lawns of multimillion-dollar homes. “If they destroy Weed Street, they could come for your neighborhood next. Every Soviet-era housing project that they erect gives them the money and influence to build the next one, and the one after that and the one after that, until there is nothing left of the town you once knew,” warned a flier circulated by Chris DeMuth Jr., a resident.

But many people who work in the towns cannot afford to live in them, said Mr. Karp, the developer.

“There is a vitriolic reaction when New Canaanites hear the term ‘affordable housing,’” said Arnold Karp, a developer, who used to live in New Canaan and still maintains an office there.Credit…Jane Beiles for The New York Times

Mr. Karp has a second 8-30g application pending in New Canaan as well. That one is a smaller, adaptive reuse of a historic building. He is preparing a third.

His push for high-density, lower-cost development makes him unpopular in a town predominantly zoned for single-family homes on large lots.

“There is a vitriolic reaction when New Canaanites hear the term ‘affordable housing,’” said Mr. Karp, who used to live in town and still maintains an office there. “I have told other developers: ‘You have to have the stomach for this. Because you will walk out of meetings where you will hear, you are ruining the town.’”

Communities in which at least 10 percent of residences meet the state’s definition of affordable are exempt from the statute. Currently, 31 of the state’s 169 municipalities meet that threshold. Towns may also obtain four-year moratoriums from the law, if they can show progress toward generating more affordable housing, as calculated by a point system.

Both Fairfield and New Canaan have gained enough affordable units in recent years that they are close to obtaining the temporary reprieve. That achievement is likely contributing to the increase in applications, as developers try to beat the cutoff, said Mark Barnhart, the director of the Office of Community and Economic Development in Fairfield.

In Greenwich, the 192-unit apartment building that Eagle Ventures proposed would include 58 below-market-rate units that would rent from around $1,100 for a one-bedroom to $2,200 for a three-bedroom, depending on income level, Mr. Cabrera said.

It was to be built on a downtown site cobbled together from 11 properties, including several late-19th-century homes that have been carved into apartments, four small single-family rentals, a couple of small commercial buildings and a restaurant.

But opponents pointed out that the crumbling structures were part of the historic Fourth Ward, an area that became home to Irish immigrants. The name “Fourth Ward” comes from the neighborhood in Lower Manhattan of the same name that drew working-class Irish immigrants in the late 1800s and early 1900s.

The Fourth Ward in Greenwich is listed on the National Register of Historic Places for having developed between 1836 and 1929 “as the most visible moderate-income neighborhood in a town otherwise characterized by affluence of national renown.”

The area is not formally protected as a local historic district. The moderate-income aspect has long since faded away: Homes recently listed for sale online in the Fourth Ward ranged from $1 million to $2.2 million. Rents averaged around $4,000 over the last five years, according to multiple listing service data.

Residents of a luxury condo complex, Town and Country, in Greenwich want to prevent the “unreasonable destruction” of historic structures on the National Register of Historic Places.Credit…Jane Beiles for The New York Times

Residents of the luxury condo complex Town and Country started the process of challenging the development under the state’s Environmental Protection Act, which, unusually, authorizes the state attorney general or anybody else to sue to prevent the “unreasonable destruction” of historic structures on the National Register.

“Multifamily housing can be developed elsewhere in town; historic structures and landmarks, however, cannot simply be rebuilt,” Mario Coppola, a lawyer for the condo owners, said in a letter to the planning and zoning commission.

Mr. Cabrera described the objection — a formal challenge that threatened to stretch into a lengthy legal battle — as disingenuous. The buildings that had been slated for demolition are not of high quality and are on the outskirts of the Fourth Ward, he said. At least 18 other structures in the area have been demolished in the district to make way for luxury homes or condominiums without major public outcry, he added.

But faced with the prospect of litigation, Eagle Ventures withdrew its application last month. Mr. Cabrera said he was considering what to do next.

Matthew Skaarup, chief executive officer of the local YMCA, wrote a letter in support of the project, saying it “has incredible potential to provide much needed housing for those who are standing fixtures in our community, but are precluded from living here due to a near absence of available market-rate rentals and a severe lack of affordable housing.”

The Reverend Felix-Gerard Delatour, pastor of the Little Bethel African Methodist Episcopal Church, the town’s first African American church, also wrote a letter, calling for “a higher standard of compassion and understanding” around the housing needs “of those having average salaries.”

Nick Abbott, a Greenwich native and Harvard Law student who has worked with groups promoting more inclusive zoning policies, said he didn’t buy the arguments for historic preservation in this case.

“The very reason that this neighborhood achieved a historic designation was meant to honor that this was historically home to a racially and economically mixed population,” he said. “The way to honor that history would be to build mixed-income housing, rather than preserving in amber housing that is no longer affordable to people.”

Affordability is a major deterrent to the many teachers in Greenwich who would like to live in town, said Aaron Hull, a longtime educator in town. Mr. Hull, who lives in Norwalk, said he and his wife had periodically contemplated moving their family to Greenwich, which he views as a “phenomenal community,” but couldn’t find anything within their price range.

His daily commute on Interstate 95, while only 14 miles, “can take anywhere from 45 to 90 minutes,” he said. “That seat time takes its toll.” 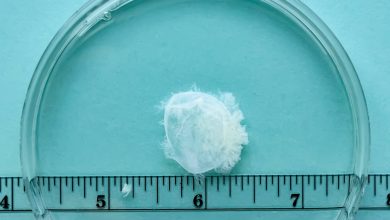