If one believes in science, historical trends and the limits of human capabilities, there’s a high likelihood that the 37-year-old LeBron James soon will no longer play like a superstar.

After all, in the history of the N.B.A., few players were even in the league at that age, much less playing as well as he does. Last year with the Los Angeles Lakers, in his 19th season, James averaged 30.3 points a game, the second highest of his career and the most on the team. He was named an All-Star for the 18th time.

James makes it look easy, but the short list of players who were competing at an All-Star level around James’s age shows that it is not: Kareem Abdul-Jabbar, Karl Malone, John Stockton and Michael Jordan. Chris Paul, who turned 37 in May, may deserve to be on the list.

Still, trends would suggest that the Lakers’ recent decision to sign James to a two-year, $97.1 million extension with a player option for a third year might not pay off on the court. The Lakers didn’t make the playoffs last season, and James played just 56 of 82 games because of injuries and rest. His contract will eat up a significant percentage of the team’s salary cap space, making it harder for the team to add other top-tier players. James has defied human limits thus far, but each year is a new chance for science to win.

Yet deals like his are often unbound by the rules of basketball, finance or science.

“There is a very strong emotional component as well,” Mark Cuban, the owner of the Dallas Mavericks, said in an email. “Professional sports are unlike any other business. You will not find the emotional attachment to players that Mavs and N.B.A. fans have, like they do to Dirk or LeBron or so many others, in any other business.”

James’s connection with Los Angeles and Lakers fans can help explain why the team would sign him to a contract extension at an age when most stars have already retired.Credit…Chris Young/The Canadian Press, via Associated Press

Cuban employed his own franchise star in Dirk Nowitzki, who spent his whole career with the Mavericks, from 1998 to 2019. Nowitzki retired at 40 and received multiple late-career contracts for close to the maximum amount.

“No one says they have a favorite programmer at Google or the person who updated their iOS at Apple is their all-time favorite and they have their trading card,” Cuban said. “I’m not saying all owners look at it this way, but I know quite a few of us do.”

Cuban said he was influenced by Jerry Buss, a former owner of the Lakers, who in 1981 signed Magic Johnson to an unusual 25-year contract worth $25 million after just two seasons with the team. The Lakers also gave a 35-year-old Kobe Bryant a two-year extension worth $48.5 million in 2013 months after he had torn his Achilles’ tendon, keeping him as the highest-paid player in the N.B.A.

“When someone has given as much to the organization as Dirk did for the Mavs, you just ask what he wants to do and do it,” Cuban said.

This approach serves as a signal to stars on other teams that the Lakers are willing to keep them long-term. Bryant and Johnson, who each separately led the Lakers to five championships, helped recruit James to the Lakers, directly and indirectly.

“It will speak volumes in terms of attracting people to that,” Julius Erving, the Hall of Fame guard and forward, said of James’s extension.

There’s also a branding benefit for the Lakers in having James — or stars like Johnson and Bryant — associated with the team, said Rick Burton, a sports management professor at Syracuse University.

“These are players that the Lakers want you to know: ‘These guys are with us. The best players in the world play for us,’” Burton said.

Kobe Bryant’s final season with the Lakers wasn’t very good, but his final game was an all-out spectacle, full of celebrities and a roaring crowd.Credit…Harry How/Getty Images
A souvenir jacket for Bryant’s last game was on sale for $5,824 at the Lakers’ arena.Credit…Lucy Nicholson/Reuters

But even if James soon is no longer among the best in the world, his contract is likely to pay off for the Lakers in ways beyond wins: on the business side.

“Having his retirement date closer on the horizon creates a sense of urgency, and a scarcity effect,” Irina Pavlova, a former executive for the Nets, said in an email.

She added: “I think of it the same way as if it were announced that ‘Hamilton’ only had four more weeks to run: All those people who have been delaying seeing it are now going to rush to do it, paying (even more) exorbitant prices for tickets, and probably buying commemorative playbills.”

Bryant retired after the last year of his two-year extension. The Lakers were among the worst teams in the N.B.A. those two years, and though outsiders criticized the deal, Bryant never seemed to lose the good will of Lakers fans and staff.

“This is a year that’s dedicated to Kobe and his farewell,” Mitch Kupchak, then the Lakers’ general manager, said during Bryant’s final season.

Fans flocked to Bryant’s games, hoping to catch a final glimpse of him and generating TV ratings and merchandise sales for the team. In his last game, the Lakers’ home arena reportedly sold more than $1.2 million in merchandise, including five cashmere diamond-encrusted Bryant baseball hats for $24,008. (Bryant wore the jersey numbers 8 and 24.)

James has defied conventional wisdom, and science, that says he should not still be playing this well at his age. He averaged 30.3 points per game in 56 games last season.Credit…Ron Schwane/Associated Press

Even if James is not retiring, he is just 1,325 points behind Abdul-Jabbar for first on the N.B.A.’s career scoring list, giving the Lakers an opportunity to cash in on that chase through apparel and other such sales. James has scored at least that many points in every season except 2020-21, when he played in just 45 games because of injuries. (The season was shortened by 10 games, to 72, because of the coronavirus pandemic.)

Non-basketball factors make up “a small percentage” of decision making on contracts, said Rod Thorn, a former N.B.A. front office executive, who drafted Jordan with the Chicago Bulls. The Lakers, he said, want to be a strong basketball team because they have “a big rival on their doorstep” in the Los Angeles Clippers, who are expected to leave their shared arena by the 2024-25 season for their own venue.

Of course, if the Lakers continue to underwhelm, as they did last season, James’s contract could draw criticism much like Bryant’s extension did, even though James led the Lakers to a championship in 2020. Jeanie Buss, Jerry Buss’s daughter and the majority owner of the Lakers, declined to comment for this article. But James has long escaped the clutches of critics, and the Lakers have shown that, in special cases, they are willing to invest in their stars.

“If we go back, it was Kobe, it was Magic, it was Kareem,” Erving said. “It was Wilt. It was Jerry West. Elgin Baylor was the greatest — he was my favorite. So they’ve always had a guy who fans locally and globally could identify with, and LeBron is that guy for the Lakers.”

How Ajla Tomljanovic Faced Down Serena Williams and 24,000 Others 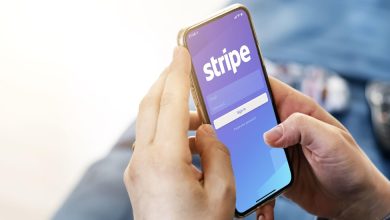