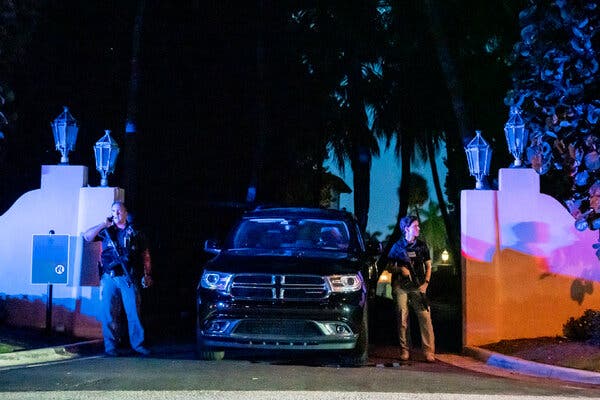 The F.B.I. searched Donald Trump’s Palm Beach, Fla., home, including a safe that agents broke open, the former U.S. president said yesterday — an account signaling a dramatic escalation in the various investigations into the final stages of his presidency. The search appeared to be focused on files that Trump had brought to Florida when he left the White House.

For many months, Trump delayed in returning 15 boxes of material requested by officials with the National Archives, doing so only when there became a threat of action to retrieve them. He was known throughout his term to rip up official documents that were intended to be held for presidential archives.

To get a search warrant, the F.B.I. would have needed to convince a judge that it had probable cause that a crime had been committed, while the search almost certainly also required approval from the Justice Department as well as top F.B.I. officials. The F.B.I. declined to comment, and Justice Department officials did not respond to requests for comment.

Response: “After working and cooperating with the relevant Government agencies, this unannounced raid on my home was not necessary or appropriate,” Trump said. “Such an assault could only take place in broken, Third-World Countries.”

Related: The raid on Mar-a-Lago came as Trump weighs an increasingly likely third White House bid. Polling last month showed that while Trump maintained his primacy in the party, a significant number of Republicans said they would not support him in a rematch with President Biden.

Residents lined up to fill containers with water in July in Mykolaiv, Ukraine.Credit…Daniel Berehulak for The New York Times

U.S. will increase aid to Ukraine

The U.S. will send up to $1 billion worth of weapons and supplies from the Pentagon’s own stockpiles to Ukraine, the 18th such package of military aid since August 2021. Most of the munitions, including 75,000 shells for 155-millimeter howitzers and additional air-defense missiles, represent resupplying of weapons that have already been shipped to Kyiv.

One weapon not known to have been sent previously is the 120-millimeter mortar. The weapons will come with 20,000 rounds and will be included in this new series of shipments. Mortars of that size are infantry weapons that can generally fire a projectile containing about seven pounds of high explosive over a range of about four and a half miles.

Separately, the U.S. is providing an additional $4.5 billion in financing to Ukraine’s government to help the country “maintain essential functions,” according to a statement from the U.S. Agency for International Development.

More news from the war:

The U.S. outlines its goals in Africa

“History shows that strong democracies tend to be more stable and less prone to conflict,” he said. “The poor governance, exclusion and corruption inherent in weak democracies makes them more vulnerable to extremist movements and foreign interference.” His message comes as some African countries turn away from democracy and settle into authoritarian rule.

The U.S. aims at countering diplomacy efforts by China and the Kremlin: Russia has a decades-long history of partnership with African nations and organizations and has told African leaders that American-led sanctions on Moscow exacerbate a global food shortage. China has established an enormous presence in Africa, though there has been a backlash among some Africans against labor and loan practices by Chinese companies.

Credit…Pool photo by Stephen B. Morton

A team of biologists and mathematicians studied hours of video to learn how cricket embryos take shape in the egg. The secret is good old-fashioned geometry.

Olivia Newton-John, the British-Australian star of “Grease” and a chart-topping pop singer in the 1970s and ’80s, died yesterday at 73.

A woman to watch in Kenya

Kenya’s national elections take place today, but the campaign may already have changed the country’s politics. Voters will decide whether to pick Martha Karua as their first female deputy president, and her candidacy has shifted the focus to women.

Analysts say Karua could convince the undecided that the presidential candidate on her ticket — Raila Odinga, a familiar face in Kenyan politics — could offer something new. Karua is also part of the Kenyan political establishment, but her strong anticorruption track record counts in her favor.

Like other female politicians, she is not immune to gender-based scrutiny. But Karua, a savvy politician, has leaned into it, embracing her role as a grandmother and sewing her own dress on the campaign trail. Her prominence has put the spotlight on other female candidates, and at least two are running in races for governor. Some have been harassed or intimidated.

“These polls have seen much greater awareness and mainstreaming of women’s participation, in higher numbers and at many more levels,” said Njoki Ngumi, a social commentator who’s part of the Nest Collective, an art collective in Nairobi.

With a third of Kenyan households headed by women, Ngumi says she hopes the conversation around the election will begin to create an “honest or caring awareness of women’s lived experiences” among Kenyans. — Lynsey Chutel, a Briefings writer based in Johannesburg.

Is it better to exercise in the morning or the evening?

And here’s today’s Wordle and the Spelling Bee.

That’s it for today’s briefing. Thanks for joining me. — Natasha

The latest episode of “The Daily” is on the Alex Jones verdict.

You can reach Natasha and the team at briefing@nytimes.com.

Floods in Seoul Kill at Least 7, With More Rain Coming

Unai Emery Is Back for More 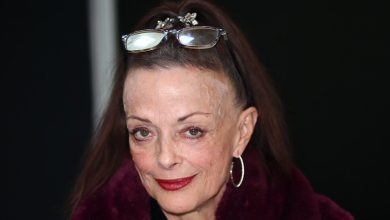