My most recent work trip was from my home office in the suburbs to my office in downtown San Francisco and back — two uneventful Lyft rides, my first time using the platform, for some late-night video conferences scheduled in an Asian time zone. When I tried to repeat my booking the next day, I received a message that my account had been disabled. Despite a lengthy email exchange, Lyft would not tell me why I had been banned, citing legal restrictions. It’s not a huge inconvenience — I live in the Bay Area, with accessible transit, taxis and, of course, Uber — but it leaves me wondering why it happened, and about the power of large tech companies to exclude individuals from what to some is an essential service. Still, what if I want to rent a bike from BayWheels, a public bike-sharing program in my area run by Lyft? Or what if Lyft buys Uber — would I be banned from there as well? Can you help — even if to encourage some transparency in big tech? Matt, Marin County, Calif.

First, temper your expectations: Customer service — or lack thereof — at many tech companies makes “we are experiencing longer-than-expected wait times” from an airline call center sound like an upgrade to first class. When a tech app bans you, the expected wait time to get help is often infinity.

If it sounds like I relate, I do. When Instagram blocked my account a few years ago and customer service proved nonexistent, I pulled a few privileged strings with a former colleague who now works for Meta — Instagram’s parent company — and even then it took weeks to get back into my account. No such luck for me when I was banned from Tinder for reasons that were never explained. You and I are hardly alone — online message boards and articles abound with stories of mystified users who’ve been banned from Lyft, Tinder, Instagram and countless other apps we’ve come to depend on.

A Lyft spokeswoman, Gabriela Condarco-Quesada, explained to me in an email that the company uses “a number of prevention methods” to crack down on “fraudulent activity by people who game the system.”

“On rare occasions, legitimate accounts are suspended,” she continued, noting that this is what happened to you, Matt. “We have reinstated his account, and we are sorry for the trouble this has caused him.”

I do wonder whether Lyft actually knows how rare those occasions are. Reading through the nine-email exchange you sent along, it seems Lyft’s customer care team concluded you were, in fact, a bad actor and that their opaque internal justice system was correct to ban you from Lyft with no explanation. (Lyft would not tell me how frequently users are banned or what percentage of those who appeal have their bans reversed, but did call your case an “outlier.”)

Of course, there is another possibility: that Lyft as a company is not actually sorry for the trouble they have caused you, because they have made the conscious decision to take the hit when they suspend a legitimate account — instead of devoting resources to a system that would weed out innocent riders caught in their artificial intelligence dragnet.

I raise this possibility after reading an article by Gergely Orosz, a former software engineer who worked for Uber and Skype and now writes the Pragmatic Engineer, Substack’s top-ranked paid technology newsletter. Mr. Orosz told me he does not do interviews, but did tell me that he stands behind the March article, which pretty much reads like the answers to the questions I would have asked.

He wrote that most big tech companies — with the notable exceptions of Apple and Amazon — base customer service around automated systems. “Even when offering customer support,” he wrote, they “limit the surface area, and have no incentives for engineers to tackle one-off customer problems. And you know what? Not investing much in customer support is profitable.”

His explanation: good customer service is labor- and resource-intensive, and its benefits are hard to measure by many companies’ metrics. (Lyft did not respond to questions about Mr. Orosz’s thesis.)

Many customers give up. But Matt, you mentioned to me that if I hadn’t stepped in, you were going to use connections from the California Bar Association to find an attorney who works for Lyft and might be able to try to solve the problem from the inside. In other words, you’d take the same route I did to solve my Instagram problem.

Mr. Orosz notes that the lack of customer service is so deep-rooted that this privileged string-pulling has essentially gone mainstream. Among those who take jobs at big tech firms, “as soon as you update your LinkedIn profile to your new gig,” he wrote, “you start to get messages from friends of friends asking them to solve one of their problems.”

That sounds terribly inefficient and unfair and, of course, leaves the vast majority of users without friends inside tech firms out in the cold. And, at least as he described his experiences at Skype and Uber, it may not even work: When he tried channeling friends’ problems through internal systems, they were rarely solved. His suggestion: Switch to companies — often smaller ones — that care more about customer service.

What does that mean for ride-share apps, where Uber and Lyft dominate? Maybe old-fashioned car services that answer the phone — shout out to Mexicana Car Services in my New York City neighborhood — or, gasp, public transportation. But when traveling in strange cities, Uber and Lyft sure feel familiar and convenient (and, as you note, Lyft runs the bike-share program in San Francisco and other cities).

Though a customer service agent told you Lyft could not “legally” give you more information, Ms. Condarco-Quesada said he misspoke. Instead, she said, Lyft does not share specifics to protect its fraud-prevention measures. The system, she wrote, had “flagged several anomalies … many of which are noted in the email exchange.” She was referring to your final email — one that Lyft never answered — in which you list your suspicions about why your account may have been flagged. I cross-referenced your suspicions, which mostly revolved around the fact that you used company computers rather than a smartphone to order rides, with the list of 17 “restricted activities” in Lyft’s Terms of Service. The only one that even somewhat matched: the prohibition against disguising “the origin of any information transmitted through the Lyft platform.”

You mentioned that your office uses a service called Splashtop to connect your home and office computers. You suspected that Splashtop might work like a VPN service, masking the IP address of your home computer, but Annie Chen, the company’s vice president for product management said that’s not the case. Lyft would not provide any further information.

A final heads up on the consequences of being banned by machine-learning systems at big tech companies: They are often discriminatory, though in ways we may not be able to see. James Bessen, head of the Technology and Policy Research Initiative at Boston University, told me that if companies “are kicking people off based on the decisions of artificial intelligence without human oversight, you have to assume there is going to be discrimination there.”

A key indicator of how much attention companies pay to this possibility is whether they have an AI ethics policy. Lyft does not. But even if there is no discrimination, Mr. Bessen added, companies “owe their customers some sort of explanation, some sort of transparency.”

This case has made me question the effectiveness of the standard advice I give to travelers whose issues I cannot take on personally: Use email, rather than calling, using social media or filling out online forms to reach customer service, starting with the contacts on this amazing page updated regularly by the consumer activist and syndicated columnist Christopher Elliott. That’s exactly what you did, without success. So now I will reluctantly offer this additional tip: If email fails, go to LinkedIn to see if you know anybody who works at the company.

If you need advice about a best-laid travel plan that went awry, send an email to trippedup@nytimes.com.

Tags
From Lyft That Who With

‘The Menu’ Serves Fine Dining on a Skewer 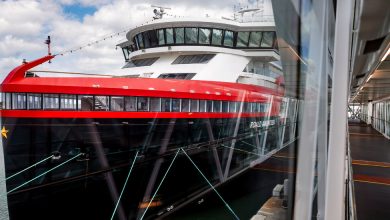 How Green is Your Cruise? 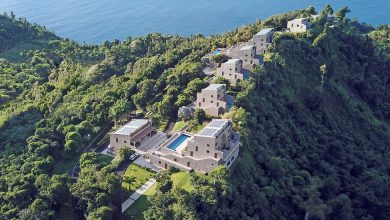 7 New Escapes in the Caribbean 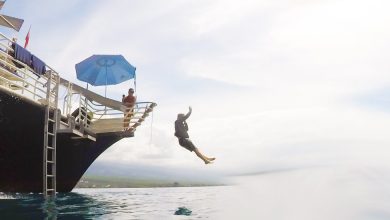 Can Responsible Travel to Hawaii Be Fun? We Gave It a Try. 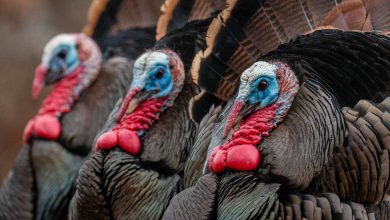