LITTLE ROCK, Ark. — For Dylan Brandt, a transgender teenager in Arkansas, two years on testosterone has meant that “my outside finally matches the way I feel on the inside.”

But that sense of relief was jeopardized last year when Arkansas lawmakers passed the country’s first ban on physicians administering hormone therapy or puberty blockers to transgender people younger than 18. In its wake, Dylan, 17, a plaintiff in a legal challenge to the ban, was confronted with the prospect of moving out of the state to continue his hormone therapy.

“It would mean uprooting our entire lives, everything that we have here,” Dylan testified in a federal courtroom in Little Rock in October, at the start of a trial over the legality of the ban. “I have a job, my mom has a business, we have family, friends. We have a house, we have a community, we have a life here.”

The trial, the first in the country over a challenge to a state ban on what has become known as gender-affirming care, concluded on Thursday after four days of testimony in October and four more last week. The landmark case is set to be decided at a time when violence against transgender people is on the rise and Republican-led efforts to restrict transgender rights have gained momentum in state legislatures across the country. United States District Judge James M. Moody Jr., who last year temporarily blocked the ban from taking effect while the lawsuit played out —  a decision affirmed by a federal appeals court this past summer —  has not indicated when he will issue a ruling.

The Arkansas ban was enacted in April 2021, overriding a veto by Gov. Asa Hutchinson, a Republican, who criticized it as a “vast government overreach.”

Demonstrators rallying for transgender rights outside of the Alabama Capitol last year.Credit…Nicole Craine for The New York Times

In recent years, greater numbers of transgender adolescents in America have sought treatments such as puberty blockers, which pause an adolescent’s physiological development, and hormone therapy, which increases levels of estrogen or testosterone, to align their bodies more closely with their gender identities.

Both therapies are also used to treat a range of medical issues, such as early puberty or hormone deficiencies, in minors who are not transgender. Leading medical associations, including the Endocrine Society and the American Academy of Pediatrics, recommend access to such care for transgender people under 18 and say that denying it can increase their risk of mental health distress.

The Williams Institute at the U.C.L.A. School of Law estimates that there are 1,800 transgender youths in Arkansas. In Little Rock, the Gender Spectrum Clinic at Arkansas Children’s Hospital serves fewer than 300 patients, offering puberty blockers and hormone therapy, but not surgeries, to its transgender patients, its medical director, Dr. Kathryn Stambough, a plaintiff in the case, testified during the trial.

On Being Transgender in America

If the law goes into effect, Arkansas physicians who provide gender-affirming care — an approach the medical community has largely adopted for treating children and teenagers who come out as transgender —could lose their licenses or be subject to civil litigation. They would also be barred from referring patients out of state. And private insurers could refuse coverage of such care to transgender patients of all ages.

The lawsuit against the ban was brought last year by the American Civil Liberties Union, representing Dylan and three other young transgender residents and their families, as well as Dr. Stambough. The suit argues that the ban “threatens the health and well-being of transgender youth in Arkansas” and is unconstitutional, violating transgender people’s rights to equal protection, interfering with parents’ rights to make appropriate medical decisions for their children and infringing on doctors’ First Amendment rights to refer their patients for medical treatments.

During the trial, which was held before Judge Moody without a jury, defense lawyers from the office of Arkansas Attorney General Leslie Rutledge and plaintiffs’ lawyers from the A.C.L.U. and other law firms clashed over the use of puberty blockers and hormone therapy for minors with gender dysphoria, a condition characterized by distress over a mismatch between one’s gender identity and one’s sex assigned at birth.

Witnesses called by the defense raised concerns about the health consequences of gender-affirming treatments and questioned the scientific data supporting such care, which has divided some providers. Witnesses for the plaintiffs testified to the safety and importance of gender-affirming care and detailed the medical standards for delivering such treatments.

The Arkansas ban was enacted in April 2021, overriding a veto by Gov. Asa Hutchinson, a Republican, who criticized it as a “vast government overreach.”Credit…Nicholas Kamm/Agence France-Presse — Getty Images

Dr. Michele Hutchison, the chief of pediatric endocrinology at the University of New Mexico in Albuquerque, who until recently treated transgender adolescents at the Gender Spectrum Clinic, testified as a witness for the plaintiffs. She was originally one of the plaintiffs but was removed from the lawsuit after moving out of state.

Her patients at the clinic were at least 14 before starting hormone therapy, a treatment that requires parental consent, ongoing counseling with a therapist and a “consistent and persistent gender identity in their affirmed gender,” she said. Over the course of the treatment, Dr. Hutchison told the court, she has watched “kids go from being sort of taciturn, quiet, withdrawn, to confident, happy, smiling, thriving people.”

Dr. Hutchison said that when the Arkansas ban was introduced, the clinic received an increase in calls from “panicked patients and panicked family members,” and she described seeing an increase in anxiety and risk of suicide among her patients. Four of her patients were hospitalized at the clinic for suicide attempts during that time, she said.

Some witnesses called by the state were doctors who encouraged psychotherapy instead of gender-affirming care, or who took what they called a “watchful waiting” approach to patients with gender dysphoria. Several have testified, before legislatures or in related court cases, in support of other states’ restrictions on such care.

“It is erroneous to say we have identified the best or effective solution that maximizes benefit and minimizes risk in the alleviation of suffering from gender dysphoria,” he said.

The Gender Spectrum Clinic at Arkansas Children’s Hospital in Little Rock offers hormone therapy, but not surgeries, to its transgender patients, according to its medical director. Credit…Liz Sanders for The New York Times

A recent New York Times examination of puberty blockers found that some physicians have growing concerns about their potential risks. In October, England’s National Health Service proposed restricting use of the drugs for transgender youths to research settings. Sweden and Finland have also placed limits on the treatment. Still, researchers have found puberty blockers can help ease the anguish of young people who identify as transgender, and many doctors and families of transgender children have called them lifesaving.

Another witness for the defense, Dr. Stephen Levine, a psychiatrist at Case Western Reserve University School of Medicine in Ohio, said that he recommends psychotherapy over gender-affirming care but that he would not prevent patients who sought such care from obtaining it.

Still, Dr. Levine said under cross-examination that the Arkansas ban did not adequately address the issue of transgender youths who had already begun hormone treatment. For patients to abruptly stop, it would be “a shocking and devastating thing for them,” he said.

He also criticized the law for punishing doctors for providing such care.

“I think it’s intended to scare doctors not to be involved with this,” he said.

The state also called two witnesses who had detransitioned, meaning that they had stopped care and reversed their gender transition. The witnesses, who were adults when they transitioned, are not residents of Arkansas and have not received care in the state.

Donnie Ray Saxton of Vilonia, Ark., a plaintiff in the case and owner of a small plumbing company, testified that he knew little about what it meant to be transgender when his 17-year-old, Parker, told him a couple of years ago that “he didn’t want to be referred to in the feminine.”

But he had noticed that Parker socialized little and seemed shrouded by anxiety and depression. As puberty approached, Parker hid his body under baggy clothes and covered the bathroom mirror when he showered. He had not used public restrooms since preschool.

When his son divulged to him that he was transgender, Mr. Saxton told the court, “I let him know that I was there for him and that, you know, I loved him and he meant the world to me.”

Parker began receiving care at the Gender Spectrum Clinic and eventually started taking testosterone. He became “a new person” on the hormone therapy, Mr. Saxton said, “a complete turnaround of the broken, depressed, anxious shell that he was before testosterone.”

But the ban threatened to take his son “right back to the deep, dark place he had been,” he said. Mr. Saxton began sleeping on the couch to be close to Parker, worried that he would hurt himself.

“What do you think would happen to Parker if gender-affirming care was not available to him?” a lawyer for the plaintiffs asked.

Tags
From That Transgender Was Who

Abuse in K-Pop in Spotlight Again After L.A. Hotel Altercation 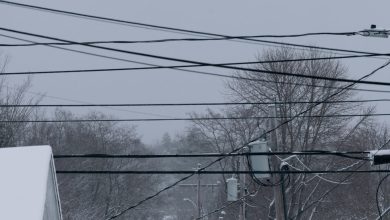 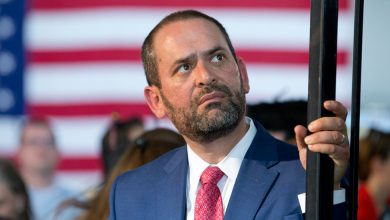 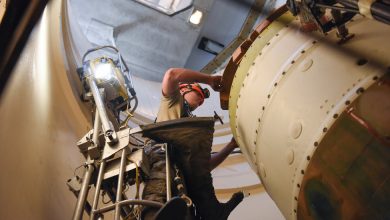 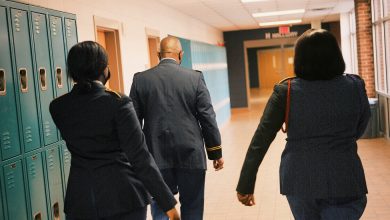