LOS ANGELES — Vanessa Bryant had found a measure of closure in February 2020 after the emotional, tribute-rich memorial for her late husband, the basketball star Kobe Bryant.

Then, days later, Ms. Bryant learned that sheriff’s deputies had privately shared photos of victims’ remains at the site of the helicopter crash that killed Mr. Bryant and their 13-year-old daughter, Gianna, along with seven other people.

Ms. Bryant bolted from her home, she testified in a Los Angeles federal courthouse on Friday.

“I felt like I wanted to run down the block and just scream,” she said. “But I couldn’t escape. I can’t escape my body.”

Mr. Bryant’s death at age 41 stunned sports fans around the world. He was an N.B.A. icon who set records, led his Los Angeles Lakers to five championships and spent his entire 20-year playing career with the same team.

To Ms. Bryant, he was a doting “girl dad” with big dreams for their family, she said on Friday as she answered questions for the first time in a trial stemming from her lawsuit against Los Angeles County.

Ms. Bryant described feeling helpless, violated and betrayed at the thought that images of her loved ones were being circulated publicly. Wearing a black jacket over a black dress, her long, dark hair sweeping over her face, she paused frequently to cry.

She is seeking damages for emotional distress that she says resulted from officials from the Los Angeles County Fire and Sheriff’s Departments carelessly sharing photos from the crash.

In the lawsuit, Ms. Bryant accused Los Angeles County, as well as the Sheriff’s and Fire Departments and individual employees, of negligence and invasion of privacy. She said in court filings that close-up pictures of the remains “were passed around on at least 28 Sheriff’s Department devices and by at least a dozen firefighters,” including at a bar, a gala where Los Angeles County Fire Department communications staff received an award, and on social media.

Mr. Bryant and Gianna were among nine people killed when their helicopter crashed into a hill near Calabasas, Calif., as they were traveling from Orange County to a youth basketball tournament in a suburb northwest of Los Angeles. The crash was most likely caused by the pilot’s “poor decision” to fly at excessive speeds in foggy weather, according to the National Transportation Safety Board.

The trial centers on a public showdown between two titanic forces in the nation’s second-largest metropolis. On one side is Ms. Bryant, a fierce keeper of her husband’s legacy and the mother of three surviving daughters with Mr. Bryant. On the other is Sheriff Alex Villanueva, whose agency has been enmeshed in enough scandals that the county board of supervisors is asking voters for the ability to remove him from office.

Ms. Bryant has attended each day of the trial, which began on Aug. 10 in the federal courthouse in downtown Los Angeles. She has arrived and left each day in a black SUV outside the building, surrounded by photographers and television crews who are not allowed to record proceedings inside U.S. District Judge John F. Walter’s seventh-floor courtroom.

Joining Ms. Bryant in the lawsuit is Christopher Chester, whose wife, Sarah, 45, and daughter, Payton, 13, died in the crash. Two other victims’ families settled for $1.25 million each last year.

Ms. Bryant has said that she suffers from severe emotional distress over the idea that the photographs could appear online, and that her other daughters with Mr. Bryant — Capri, 3; Bianka, 5; and Natalia, 19 — could see them.

The county sought to counter those claims by showing images from her Instagram account, where she has 15.5 million followers, in which she was on vacation and dressed up as Cruella de Vil from the “101 Dalmatians” Disney films. She mentioned “revenge” as a stage of grief. Judge Walter allowed the county on Friday to introduce the Instagram posts as evidence.

Los Angeles County and law enforcement officials have acknowledged that photos were shared but said that they were soon deleted and never entered the public domain. Attorneys for the county have said that taking photos of crash scenes is common practice and necessary for investigations.

Ms. Bryant said she first learned about the photos when a friend told her about a February 2020 story in The Los Angeles Times.

Lawyers for Ms. Bryant argue that the Sheriff’s Department deleted the images as part of a “cover up” and that deputies were told they could avoid discipline by doing so. One of Ms. Bryant’s attorneys questioned Chief Jorge Valdez of the department this week about why deputies would destroy evidence that could be useful for the N.T.S.B. investigation. Mr. Valdez testified that it was OK for deputies to delete the photos because the inquiry was administrative, not criminal.

At the close of Tuesday’s testimony, Mr. Valdez surprised courtroom attendees when he directed remarks at Ms. Bryant and Mr. Chester. “I apologize,” Mr. Valdez said.

In an earlier deposition, Ms. Bryant described arriving at the sheriff’s station in Malibu, near the crash site, where “no one would answer” her questions. When the sheriff himself came to confirm the deaths, she said that he brought a publicist with him, whom Ms. Bryant asked to leave the room.

Ms. Bryant said that she told Mr. Villanueva explicitly, “If you can’t bring my husband and baby back, please make sure that no one takes photographs of them. Please secure the area.”

Earlier in the trial, Raphael Mendez Jr., who was a patron at the Baja California Bar and Grill in Norwalk in January 2020, testified that a bartender there walked over to his table and said that a bar regular who was a sheriff’s deputy had shared graphic photos from the crash site. That prompted Mr. Mendez to file a complaint through the Sheriff’s Department website.

“I was in disbelief,” Mr. Mendez testified last week. “I was disappointed, disgusted and angry.”

Attorneys for Ms. Bryant and Mr. Chester questioned Los Angeles County Fire Department officials about the incident at the gala.

Sky Cornell, a captain with the agency who was a public information officer at the time, testified that his boss, Tony Imbrenda, showed photos of human remains to a small group during the event’s cocktail hour.

Mr. Cornell testified that he later told investigators that he didn’t think viewing the images at a public event was a big deal.

How a Kenyan Power Broker Lost His Stronghold, Then the Presidency 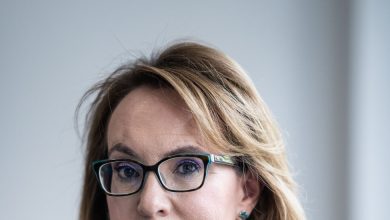 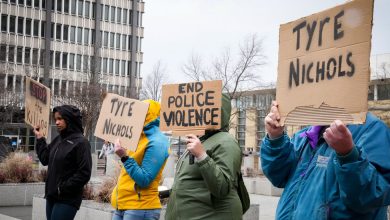