Even though Lionel Messi has been a soccer legend for more than 15 years, he has never managed to win a World Cup for Argentina, a soccer behemoth known for producing game-changing players (think Diego Maradona) and his country of origin. The journalist Jasmine Garsd, also from Argentina, has devoted her nostalgic podcast, “The Last Cup/La última copa,” on National Public Radio, to Messi’s most recent quest. After all, she feels as if she has a personal connection to the 35-year-old star forward, she said. Like Messi, Ms. Garsd was raised in the soccer-obsessed country, which she also left when she was a teenager.

But the podcast is not just about Messi and whether he will lead his team to victory in Qatar on what may be his final attempt. (Argentina made it out of the first round of the World Cup on Wednesday and will play Australia this weekend.) In her show, Ms. Garsd delves into the spiritual and emotional costs of immigration, including Mr. Messi’s and her own, in 10 episodes, half in Spanish and half in English, with a final bonus episode in both languages, regardless of the tournament’s outcome, to be released on Dec. 8.

Ms. Garsd, 40, lives in Ridgewood, Queens, with her cat, Toshiro Mifune, named for the great Japanese actor. On Sundays, she takes time to sip mate, a strong tea enjoyed by millions of South Americans, including many sports stars like Messi.

FOUND SOUNDS I love to wake up, make myself a really strong coffee and sit down and listen to a record. I’m a really big record collector. The kind of record will vary depending on my mood. Around the time I started making the podcast, I found a lot of cheap, old Italian records at thrift stores. I also found stacks of old salsa records in giveaway piles around my neighborhood. So I’ll generally sit and listen to a couple of records and maybe read. I’ve been reading a lot of Argentine authors who touch on some of the topics of identity I’ve been interested in for the podcast. They really inspire me.

“Colombian pastries are the best,” said Ms. Garsd, shown here visiting the bakery El Parce. “A lot of them are made with yucca flour.”Credit…Lucia Vazquez for The New York Times

LOCAL FLAVORS I like coffee that is so strong it makes me cry a little. I have a little Italian contraption, I make it in a Bialetti, and the pot is not very well made, so the handle is always melting and I have to finagle pouring it. But I need the jolt to wake me up. By my house there’s a Colombian bakery, El Parce, and I’ll usually go there and have a little Colombian pastry. Colombian pastries are the best. A lot of them are made with yucca flour. Some have cheese in them. I live in a Colombian and Ecuadorean neighborhood. That’s pretty much Sunday breakfast.

SOLO HOBBY I go to a couple of local record shops and thrift stores. Recently I found some $1 Barbra Streisand records. I have some really weird stuff, too. The other day I found a record of sound effects from before you captured sound digitally, like the sound of water being poured. I found that at a place called Remix Market in Long Island City. Usually I go by myself, because people who love records can be insufferable. There’s a little thrift store a few blocks from my house that has a whole garage of records, and I used to refer to it as “garage misterioso,” a mysterious garage. It’s owned by this older Salvadoran gentleman who told me the other day when we were talking how much he loves opera. He has a beautiful collection of old opera.

ANALOG INSPIRATION In the podcast, we played with sounds a lot; the sounds of nostalgia. I grew up listening to my grandmother’s radio. It was always on. She would sleep with the radio under her pillow, and I would sleep next to her. There’s a very specific sound of an old radio, with the staticky-ness muffled under a pillow. I love the Museum of the Moving Image in Queens. One of the reasons I might go there on a Sunday is because they have a beautiful collection of old radios. I’m not sure if it’s still there, but I ended up going to the radios exhibit a couple of times as I was putting together the podcast. There was something really special for me about sitting there looking at the old radios.

PASS THE GOURD I have a lot of friends in the neighborhood, and we like to hang out together and have an Argentine style of tea, mate, that’s also drunk in southern Brazil, Uruguay and parts of Paraguay. You drink it out of a hollowed-out gourd with a special metal straw called a bombilla. It’s a communal ritual. You pass the gourd around to everyone, and you talk for hours. We’ll sit in my friend’s garden, maybe six people, a good mix of Chileans, Brazilians, Argentines and Americans, and it’s lovely. I have one friend who makes it very special. She’ll put flowers in it or lavender or orange rinds, so it’s very aromatic. Sometimes the Americans don’t do so well with the tea; it’s potent and if you’re not used to it, it can be a laxative.

Sipping mate with friends.Credit…Lucia Vazquez for The New York Times

OLD-SCHOOL The chatting and mate are a very important part of my Sundays and part of what I love about Ridgewood. It’s a very Latin American community. It’s a place in New York where you still get to see families sitting on the sidewalk in lawn chairs, and kids playing on the street. Us drinking mate for hours is a part of it.

FELLINI INFLUENCE At night I try to wind down early and watch a movie. During the making of the podcast I watched a lot of Fellini. There was something about the kind of joyous and carnivalesque feeling of his movie “Amarcord” that felt like soccer. Soccer has a kind of carnival feel, too, like the circus is in town. And in “Amarcord” it talks about this guy’s memories, and I wanted to make a podcast that shows the tenderness I feel for the people back home, to really capture that tenderness. Fellini does that so well with Italians. You can tell when you watch his movies that he feels such a warmth toward his own people, you know?

Tags
Podcast Record She That With

Where Veteran Rockers Go to Reinvent Themselves 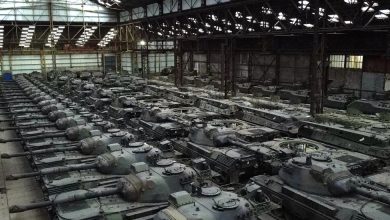 Germany says it will allow the export of older Leopard 1 tanks to Ukraine. 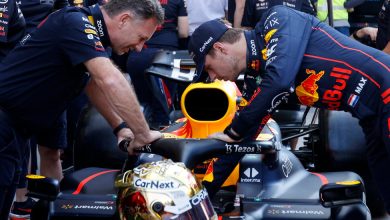 Ford Partners With Red Bull in Return to Formula One 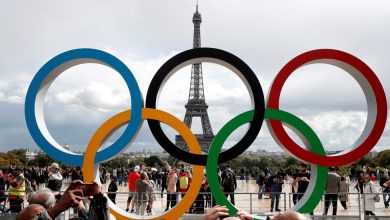 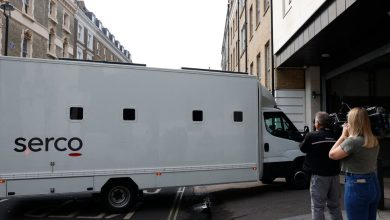